INNOVATIVE WAYS OF WORKING WITH LEATHER

In September 2008, the French Tanners and Dressers Association in partnership with twelve French tanners and dressers and CTC presented INTERIEURS CUIR - Acte 1, a collective promotional operation. The aim of this operation was to give a better understanding of the many uses of French leather in the home. At this event, French leather caused a stir with the infinite richness of its properties and the scope of applications. Buoyed by this initial success, the initiative had to go further.
INTERIEURS CUIR Acte 2 thus continued the work started in 2008, further developing the creative and technical possibilities and showcasing innovations with leather.

FFTM and CTC chose the designer François Azambourg to lead this operation because of the innovative perspectives that he is able to bring to the use of leather and his ability to meet many of the thematic priorities targeted by this new initiative. François Azambourg creates objects that generate new reflections on the use of leather, re-examining the manufacturing and production processes. François Azambourg imposes elegance and refinement in our daily environment and international editors have been praising his abilities for a number of years.
For months, the partner tanners and dressers, CTC and François Azambourg’s team worked on the various properties of leather: Insulation, lightness, softness, strength, sensory appeal, acoustics, the structuring ability of the material ... 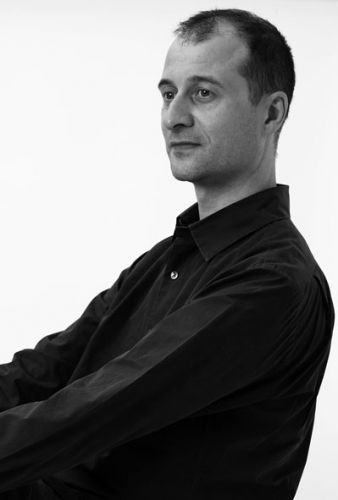 François Azambourg is a discreet and essential figure of the contemporary design world. His work is both poetic and innovative, challenging the materials which respond by creating new and original shapes. He is internationally successful, and his creations have been seen in the collections of Ligne Roset, Cappelini, Poltrona Frau, Domeau & Pérès, and others.In 1987, he was awarded a degree by the ENSAAMA (the French School of Art and Design) where he concluded his time there with a study of the saxophone. This research then continued for a decade with Selmer and IRCAM, subsidised by the Fondation de la Vocation and the Direction de la Musique et de la Danse.

He was the winner of the Villa Médicis "Hors Les Murs" award in 2003, the Grand Prix du Design de Paris in 2004 and the competition run by the Musee des Arts Décoratifs. He also won the Top Plastique competition three times. He invented new materials and patented his "flexible sandwich", after winning the CTBA competition in 1994. From 1999 to 2003, his work was exhibited at the VIA. In 2002, he developed fibre optic lights for Designer's Days. For Lille 2004, he designed a mini-restaurant as if it were an off-the-scale object. In January 2009, he was named Designer of the Year by the MEUBLE PARIS show.